Developers Float Idea for an Offshore Airport in North Bali 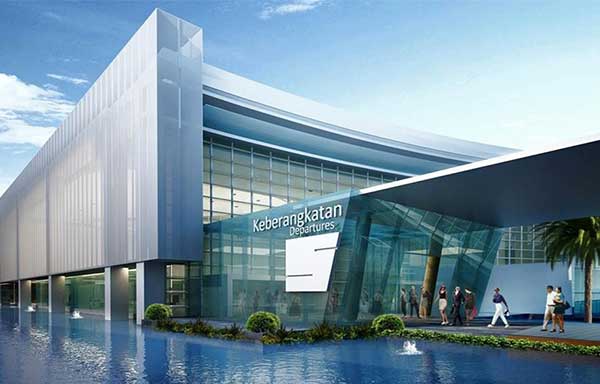 There’s good news for travellers wanting to explore Bali beyond the south coast hotspots. A new airport --- North Bali International Airport (NBIA) --- will deliver visitors directly into an area of the island less discovered.
An international airport in the north of Bali has been mooted for several years but finding the right location --- and then acquiring the land --- has been a challenge. Now, among the solutions being considered is an offshore airport, thereby reducing the environmental and social impact on the region.
Ahead of the airport’s development on 420 hectares in Kubutambahan, ITDC is planning its next development. Located in Pemuteran, West Buleleng, a short drive to the Bali Barat National Park, ITDC Menjangan will emerge in a region recognized for its native land and sea biodiversity.
Buleleng has some of Bali’s most inviolate mangrove reserves and spectacular waterfalls, among them Aling-Aling where naturally formed swimming pools are ringed by 35-meter cliffs. Buleleng takes up much of North Bali including Lovina, popular for dolphin viewing and Menjangan Island, one of the island’s much appreciated dive destinations.
Announced in October 2018 during the World Bank-IMF conference in Bali, the Rp. 2.87 trillion project was signed by PT Wijaya Karya, an Indonesian engineering and construction firm, together with PT Amorsk, recognized for noted upmarket hotel construction throughout the country.
The investors have signed cooperation agreements with the Menjangan Group to develop the 200-hectare destination, which will feature a lifestyle “hub,” luxury resorts and villas, a retail village, and a marina with a cruise ship terminal to attract a booming cruise market in SE Asia.
Aviation analyst CAPA (Center for Aviation) says Buleleng Airport is being built to ease the congestion at the current Ngurah Rai Airport, NBIA is budgeted at Rp. 25 trillion with an “aerotropolis” attached to the airport, featuring a main terminal and three boarding satellites with two parallel runways, a heliport and a seaport with an estimated capacity of 32 million passengers.
NBIA will be Indonesia's second largest airport.
According to Dr. John D Kasarda, who first coined the term aerotropolis, airports have shaped business locations and urban development in the 21st century as much as highways did in the 20th century, railroads in the 19th and seaports in the 18th century. The concept is a new form of urban planning, which places airports and aviation hubs at the very heart of the cities that develop and expand around them.
Whether or not such a concept is sustainable and suitable for Bali, given such large scale airports are designed more for urban environments, remains a question for those public and private institutions that will fund the project.
Sustainability will be key. According to the website SEASIA, the NBIA would utilize and produce renewable energy for its water supply through a distillation process that converts seawater to drinkable water.
Canadian-based Kenesis Capital and Investment (KCA), which agreed to inject Rp. 27 trillion into the airport project, says the concept and design will “preserve the natural ecology and enhance the economy through a sustainable and eco-friendly airport, and at the same time provide a new experience to the international and ASEAN community without harming the beauty of the island.”
According to Made Mangku, President Director of the Project Developer (PT BIBU), the company would prefer to develop an offshore airport because an onshore option would involve moving or relocating dozens of Hindu temples, historical sites, people's homes and rice fields.

A PHP Error was encountered